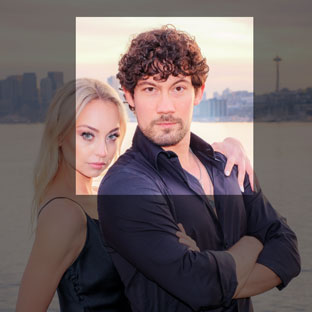 Dmitry Barov is a world renown Professional Latin American dancer with 25 years of experience. Born in St Petersburg, Russia and growing up in Berlin, Germany, he began dancing at the age of 6 in the esteemed Friedrichstadt-Palast Ballet School. After 4 years of disciplined classical training at the largest revue theater in Europe, he switched to Ballroom Dancing, where he found his true calling and passion. Dmitry had monumental success early in his career, including multiple Berlin Championship titles and finalist of the German Championships as well as prestigious International Competitions across the globe. Motivated to dedicate his life to the Ballroom Dancesport Industry, he moved to professionals in 2014. Already a seasoned and eminent competitor, his success skyrocketed in the professional division. His biggest accomplishments thus far include Champion of the German Cup, German Vice Champion and semifinalist of the World and European Championships. In 2018 he moved to the United States and immediately broke into finals of all the top events and became a national Rising Star Finalist. He is recognized as a leader in the industry, not only in his Professional competitive arena, but also among the Pro-Am world, leading his students to semi-finals and finals in the US circuit. Dmitry has also worked as a model, starring in TV shows and choreographing for the German format of “Dancing with the Stars”. He currently represents the USA with his dance partner, Sarina Wright.